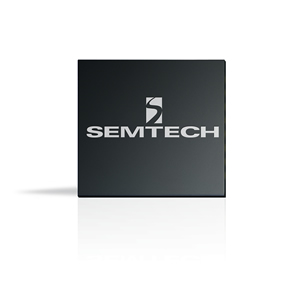 The GS1524A is a second-generation high-speed BiCMOS integrated circuit designed to equalize and restore signals received over 75ohm co-axial cable.

The GS1524A features DC restoration to compensate for the DC content of SMPTE pathological test patterns.

The device also incorporates a Cable Length Indicator (CLI) that provides an indication of the amount of cable being equalized for data rates up to 360Mb/s.

A voltage programmable mute threshold (MCLADJ) is included to allow muting of the GS1524A output when an approximate selected cable length is reached for SMPTE 259M signals. This feature allows the GS1524A to distinguish between low amplitude SD-SDI signals and noise at the input of the device.

The bidirectional CD/MUTE pin indicates the presence of a valid signal at the input of the GS1524A in addition to functioning as a mute control input. The outputs of the GS1524A will be forced to a mute state when an invalid input reference signal is applied to the input of the device or the application layer sets the CD/MUTE pin HIGH. If the application layer forces CD/MUTE LOW, the serial digital output of the device will always be active.

The GS1524A is Pb-free, and the encapsulation compound does not contain halogenated flame retardant (RoHS Compliant).