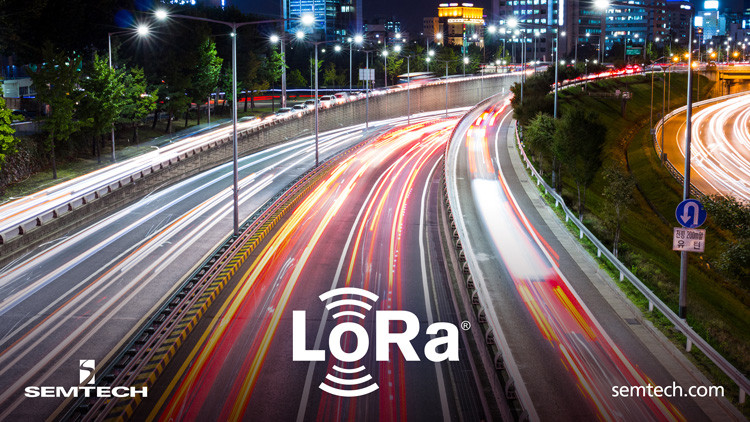 CAMARILLO, Calif., Aug. 13, 2020 – Semtech Corporation (Nasdaq: SMTC), a leading supplier of high performance analog and mixed-signal semiconductors and advanced algorithms, announced that Korea Expressway Corporation (KEC), a government affiliated company building and managing expressways in South Korea, has built a network based on Semtech’s LoRa® devices and the LoRaWAN® protocol for its expressways as the first stage in its ongoing four-year Internet of Things (IoT) deployment plan in the country.

“Semtech’s LoRa devices and LoRaWAN networks represent the ideal infrastructure on which to build Korea’s next-generation IoT solutions,” said Hyo-Hoon, Kim, Manager at SK Telesys. “We want to continue to uphold Korea’s leading technology culture and provide citizens the basic right to enjoy Internet infrastructure freely. One of our main goals is providing citizens and local businesses with the opportunity to innovate and create their own IoT applications. With LoRa, developers can quickly and effectively create solutions to enable a smarter, more efficient home for us all.”

Beginning in 2019, KEC deployed 78 LoRa-based gateways over 306 km of expressway. Woojoo Telecom, a systems integrator, and SK Telesys, a LoRa-based gateway manufacturer and network server provider, were selected as operators for this project, conducting communication tests on roads and in tunnels to establish the high-quality IoT network. Currently the network offers many strategic functions including parking space and trash bin fill monitoring at rest areas, and real-time condition tracking for shock-absorbing barriers and guardrails.

In the coming years, KEC plans to expand the LoRa-based network’s applications to include landslip detectors, road-freezing sensors, electronic displays, fire extinguishers in tunnels, and expressway lights. By continuing to migrate applications from legacy 3G/LTE connectivity to LoRaWAN, KEC expects to reduce operating cost by up to $2 million per year.

To learn more about LoRa, visit the Semtech website.

Semtech Corporation is a leading supplier of high performance analog and mixed-signal semiconductors and advanced algorithms for infrastructure, high-end consumer and industrial equipment. Products are designed to benefit the engineering community as well as the global community. The Company is dedicated to reducing the impact it, and its products, have on the environment. Internal green programs seek to reduce waste through material and manufacturing control, use of green technology and designing for resource reduction. Publicly traded since 1967, Semtech is listed on the NASDAQ Global Select Market under the symbol SMTC. For more information, visit http://www.semtech.com.