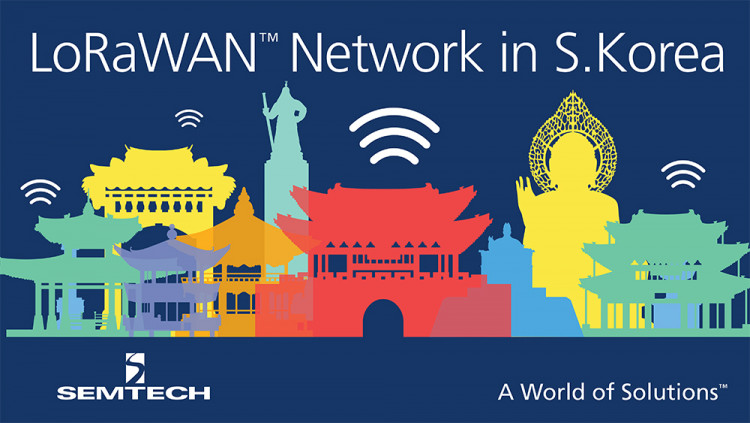 Enabled by Semtech’s LoRa technology, which allows a sensor network to operate on low power while providing strong connectivity over a long distance, the SK Telecom LPWAN covers 99 percent of South Korea’s population. The company predicts that it will have over four million things connected to its IoT networks by the end of 2017.

“SK Telecom’s commercial LoRaWAN network deployment demonstrates its commitment to IoT, and we’re excited that Semtech’s LoRa technology is a cornerstone to both the LPWAN and its available IoT services,” said Marc Pegulu, Vice President and General Manager of Semtech’s Wireless and Sensing Product Group. “By utilizing the standardized LoRaWAN specification, SK Telecom is helping ensure interoperability among its network and deployed modules, as well as long range connectivity, compatibility with existing infrastructure and extended battery life, which we believe is essential to help scale IoT adoption.”

The ‘Partner Hub Program’ is geared toward developers, small and medium-sized enterprises and startups interested in deploying IoT solutions. Aiming to invigorate the IoT ecosystem in South Korea, SK Telecom will provide companies in the program training, development and marketing resources needed to scale their solutions through its ‘IoT Open Testbed,’ a creative hub for interested parties to develop, test and receive consulting services for their IoT solutions. The IoT Open Test bed will be located in SK Telecom’s Bundang Building.

“SK Telecom is proud to announce the nationwide deployment of a LoRaWAN-based commercial network as it marks the first important step towards realizing connectivity between infinite number of things, going beyond the traditional role of telecommunications centered on connectivity between people,” said Lee Hyung-hee, President of Mobile Network Business at SK Telecom. “Going forward, SK Telecom will develop and offer a wide variety of IoT services designed to offer new value for customers, while working closely with partners including SMEs and startups to vitalize the IoT ecosystem.”

SK Telecom and Semtech are part of the LoRa Alliance, a group of over 300 companies committed to driving and enhancing the LoRaWAN specification to ensure interoperability and scalability of LPWANs and IoT applications. Through its work with member companies and IoT industry groups, it is making LoRaWAN the standard for LPWANs focused on low power, long-range IoT applications. To date, there are LoRaWAN public and private networks in more than 50 countries worldwide.